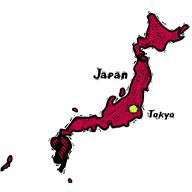 It is hard to believe that one year has passed since the tragedy in Japan on Friday, March 11, 2011.

The actual earthquake and ensuing tsunami occurred in the middle of the night in this time zone, and the first call I received was early Friday morning notifying me of the event. Two reactors on the West Coast had declared what we call an “Unusual Event,” based on a tsunami warning.

By the time I got to my office, many NRC staff were in the NRC Operations Center analyzing whatever data they could gather in order to offer a helping hand. The public affairs staff was communicating to the American people about our monitoring actions, which early on were focused on the tsunami’s possible impact on the US. Fortunately, the tidal surge noted on the West Coast later that day was less than 3 feet.

By late Friday, it became clear that we needed experienced NRC staff on the ground in Japan. We dispatched our first staff the next day. More than a dozen individuals would follow in the months ahead. They now tell interesting stories about their time in Japan, like being shaken in their bed every half hour by aftershocks, each stronger than the Virginia earthquake we experienced in August. As the official spokesperson for the agency, what followed for me were repeated calls and trips to the White House and Capitol Hill, as well as media briefings for the national and international press.

We also began working with other federal agencies to coordinate our response, and prepare to provide whatever assistance we could. Based on the information available later that day, it was clear that four of the reactors at Fukushima Dai-ichi would be a significant challenge, having lost all electrical power necessary to run their cooling systems. The magnitude of the reactor damage was visually evident a few days later when explosions rocked the station.

Two weeks after the event, the NRC established a Task Force to conduct a review and make recommendations to the Commission in light of lessons learned from the accident. Their findings were published in July, and we are moving forward to implement additional safety measures.

In the end, hundreds of NRC staff members volunteered to become hands-on responders to the event – including those who traveled to Japan to provide assistance – and hundreds more took on additional duties to keep our important domestic safety and security work on track. I am proud of the dedication and commitment displayed by all of them in the months after March 11.

We know that the people of Japan are strong, and that they will adapt and overcome. I am inspired by their resiliency, their progress in removing debris and rebuilding, and most of all, their ability to look forward.