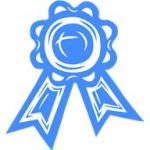 Last month, the NRC’s five-member Commission heard from retired General Brent Scrowcroft, and others, who briefed them on what the Blue Ribbon Commission on America’s Nuclear Future might mean for the agency.

In January, the Blue Ribbon Commission, or BRC, co-chaired by General Scrowcroft and former Representative Lee Hamilton, issued comprehensive recommendations to Energy Secretary Steven Chu on how the nation could handle nuclear waste.

As requested by the President, the BRC’s recommendations present a long-term strategy for managing and disposing of spent nuclear fuel and high-level radioactive wastes. Many of these proposals will require specific actions by the NRC.

At the April meeting at the NRC, General Scrowcroft presented BRC’s key recommendations, highlighting those where NRC has an important role to play. He emphasized the essential need for “clearly independent, competent regulators,” recommending that existing roles of NRC and the Environmental Protection Agency be preserved and encouraging continued cooperation and coordination between the two agencies.

As part of the NRC staff briefing that followed the BRC’s presentation, Alicia Mullins of NRC’s Spent Fuel Alternative Strategy Division (SFAS) explained that NRC staff members actively engaged with the BRC throughout its deliberations. Mullins noted that NRC has experience in licensing facilities that are owned by a range of public-to-private entities, such as the new Waste Management Organization the BRC suggested to focus on storage and disposal of spent fuel and high-level waste. Such an organization would likely be a new NRC licensee and would need to establish an institutional framework to maintain safety and security throughout its operational lifetime.

Dr. Brittain Hill, also from SFAS, noted that many of the BRC recommendations have direct implications for NRC. For example, NRC deferred revising generic regulations for geologic disposal when the specific regulations for a repository at Yucca Mountain were developed in the late 1990s. Having those regulations in place before selecting a repository site will help build public consensus, the BRC said. A broad range of information from Yucca Mountain and international repository programs is available to help develop a risk-informed, performance-based regulation that would be appropriately protective at any potential site.

Earl Easton, of NRC’s Division of Spent Fuel Storage and Transportation (SFST), discussed the BRC’s recommendations on transportation and the need to begin preparations for large-scale shipping campaigns of spent fuel to either an interim storage or geologic disposal facility. NRC’s primary role in these transportation planning activities has been on package certification and security arrangements for NRC-licensed shipments.

According to Easton, no significant changes to NRC’s regulatory programs are expected to result from BRC’s recommendation to begin planning efforts for potential large shipping campaigns. For many years, NRC has actively participated in state regional groups that have been set up to accomplish successful transportation planning. Easton explained that NRC’s outreach activities would naturally increase if future large-scale transportation campaigns are conducted by NRC licensees, instead of DOE.

BRC also recommended that NRC reassess its plans for the Package Performance Study, a full-scale test of a cask designed to transport spent fuel. For now, Easton said, the NRC staff prefers to wait until a clear direction emerges on whether to use a standardized shipping system before it commits to a full-scale test.

One thought on “Preparing the NRC for America’s Nuclear Future”