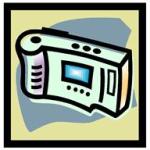 Kodak is one of the nation’s iconic brands, forever associated with camera equipment, photographic film, and related materials and services. The idea of capturing a “Kodak moment” is a familiar one to many Americans, especially those of a certain age.

Based in Rochester, N.Y., and known more formally as the Eastman Kodak Co., its origins date to 1889, when George Eastman founded the firm. In recent years, Kodak has sought to keep pace with changing consumer demand by transforming itself into a digitally oriented company and, as part of this shift, has made a number of changes.

It was against this backdrop that the Rochester Democrat and Chronicle newspaper reported in early May that Kodak had, for more than three decades, operated a small nuclear research reactor, unbeknownst to the public. More about that last part in a moment.

But one element of the story that needs clarifying is that the device – known by the elegant name of Californium Flux Multiplier – was a “reactor.” In the truest sense of the word, it did not qualify as one.

While the Kodak device, which was decommissioned and removed in 2007, made use of plates containing highly enriched uranium, it was incapable of sustaining the fissioning, or splitting, of atoms. In nuclear power reactors, atoms are fissioned to release large amounts of heat that can then be tapped to produce power for the grid.

This unique piece of equipment was used to conduct chemical and radiological analyses on manufacturing processes. It also was used to investigate new chemicals and explore new technologies that might be of interest to any of the company’s various operating divisions.

Enriched uranium contained in the Californium Flux Multiplier was in the form of fuel plates clad in aluminum alloy. The plates formed a sub-critical (or below the point of fissioning) assembly that surrounded a Cf-252 (Cf stands for Californium) source. The U-235 (U stands for uranium) fuel was able to multiply the neutrons coming from the Cf-252 source, which fissions spontaneously.

The device was designed to remain always sub-critical, but it nevertheless yielded sufficient neutrons for neutron activation analysis.

After the Californium Flux Multiplier was shut down, all of the fuel plates were removed from the facility and transferred back to the U.S. Department of Energy in late November 2007.

So even though media outlets might use the shorthand reference of “reactor” to refer to the device, in this case a reactor by any other name is not a reactor.

The Democrat and Chronicle reported that it learned of the device from a Kodak employee and emphasized the lack of public awareness regarding it over its many years of operation. But a lack of awareness should not be confused with an effort to keep information about the Californium Flux Multiplier under wraps.

Indeed, a quick check of the NRC’s web site yields numerous documents regarding the device. One area of exception would be details related to security, including shipments of the special nuclear materials used in the device. There are thousands of NRC-licensed devices containing nuclear materials in use across the U.S. Some, it could be said, are easier to picture than others.