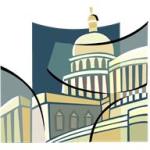 Last month, President Obama nominated Dr. Allison Macfarlane to be an NRC Commissioner and indicated that if she is confirmed he will designate her as the next NRC Chairman. He also re-nominated Kristine Svinicki to serve another five-year term as an NRC Commissioner.

The NRC was established by the Energy Reorganization Act of 1974. Section 201 of that Act specifies that the Commission shall be composed of five members, each of whom shall be a United States citizen. The President designates one of the Commissioners as Chairman to serve in that position at the pleasure of the President. No more than three Commissioners can be members of the same political party. The law establishes a structure where the Commissioners serve staggered terms, with the term of one Commissioner expiring each year on June 30th.

Under the U.S. Constitution, the appointment process begins when the President selects an individual to serve as a member of the Commission and submits the nomination to the United States Senate for its advice and consent. After the Senate receives the President’s nomination, the Senate Committee on Environment and Public Works (the NRC’s Senate oversight committee) holds confirmation hearings and votes on whether to send the nomination to the full Senate for its consideration. Then a majority of the Senate must vote to confirm the nominee. The confirmation hearing for Dr. Macfarlane and Commissioner Svinicki was held on June 13th. The Senate Environment and Public Works Committee approved the nominations last Thursday.

Once the Senate has approved a nominee, the President must sign the appointment commission and only then can a Commissioner be sworn into office. At that point, the Commissioner will begin NRC service. Section 201 of the Energy Reorganization Act provides that Commissioners must not engage in any outside business, vocation, or employment, so they must terminate any outside work before joining the Commission.

8 thoughts on “Appointment of NRC Commissioners – How Does it Work?”