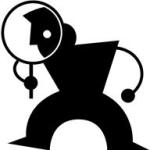 Seven NRC inspectors started an in-depth inspection at the Perry nuclear station in Ohio last week to make sure the plant has fixed long-standing problems with implementation of its program for protecting workers from unnecessary radiation.

Over the past two years the NRC has identified multiple, significant weaknesses in Perry’s implementation of its occupational radiation safety program. The issues identified relate only to protection of workers inside the facility, not protection of the public. There have been no overexposures to workers as a result of these issues, and there are no problems with the plant’s program to protect the public from radiation. Discovery of these violations resulted in a steep increase in NRC oversight.

Since then, NRC inspectors have been a consistent presence at Perry. The initial inspection conducted between August and November 2012 to determine if the plant has resolved deficiencies in the worker radiation safety area could not be completed because our inspectors continued to see mistakes before and during the inspection. Recognizing that the company’s corrective actions had not been effective, we directed the plant to make additional improvements. After taking additional steps, the plant told the NRC they were ready to show they had addressed the problems.

We have conducted two extensive inspections at Perry within the last year involving multiple NRC specialists in various areas and from different parts of the agency. As we reported in a previous blog, we sent four additional inspectors to monitor radiation safety practices during a recent refueling outage, when the plant has the highest number of workers accessing high radiation areas. Our inspectors’ observations provided valuable input for the current inspection.

This high level of engagement from the NRC reflects the measure of our commitment to making sure workers at the plant are protected from unnecessary radiation exposure.

Our specialists are now independently evaluating if Perry’s efforts were sufficient to resolve worker radiation safety concerns. Specifically, their goals are to verify that the company:

• thoroughly understands the causes of the problem;

• has made sufficient improvements to prevent recurrence; and

• has properly assessed if similar problems exist in other areas.

We are also evaluating the overall safety culture of workers outside of the radiation safety group to determine if all workers are taking a personal responsibility for worker radiation safety at the plant. To that end, NRC inspectors will interview around 100 plant employees and contractors.

If our inspection team determines that Perry has not been able to resolve the weaknesses in its implementation of radiation safety practices, the company will start to receive the highest level of NRC oversight for an operating plant.