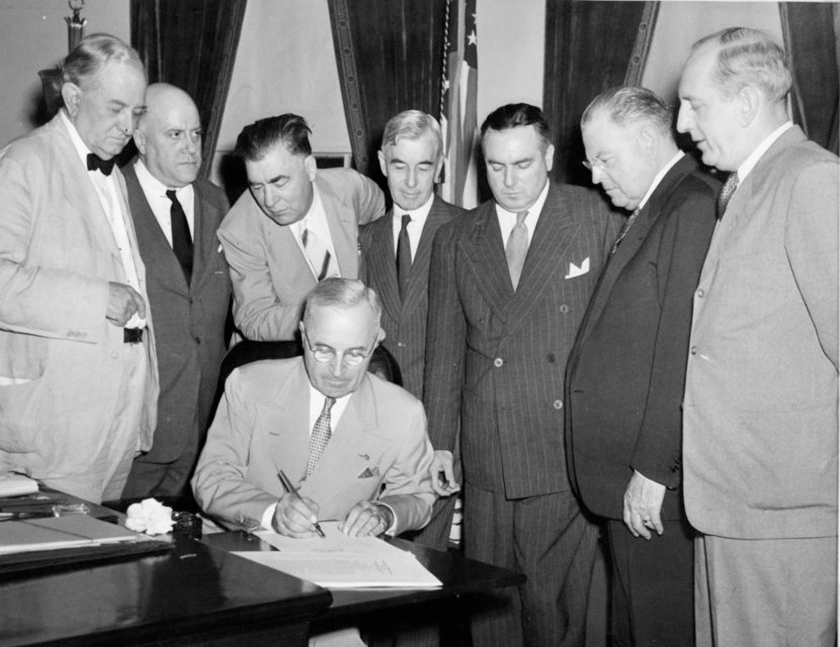 President Harry Truman signed the Atomic Energy Act 68 years ago this month – Aug. 1, to be exact. The act set up the Atomic Energy Commission, a civilian agency charged with managing the nuclear technology developed during WWII. Later, the AEC was divided into two agencies – the NRC and the Department of Energy. The NRC was tasked with regulating civilian nuclear technologies. Pictured behind President Truman (left to right) are seven men: Tom Connally, Eugene Millikin, Edwin Johnson, Thomas Hart, Brien McMahon, Warren Austin and Richard Russell. What did the men all have in common? Photo courtesy of the Department of Energy.

7 thoughts on “Throwback Thursday: The Signing of the Atomic Energy Act of 1946”