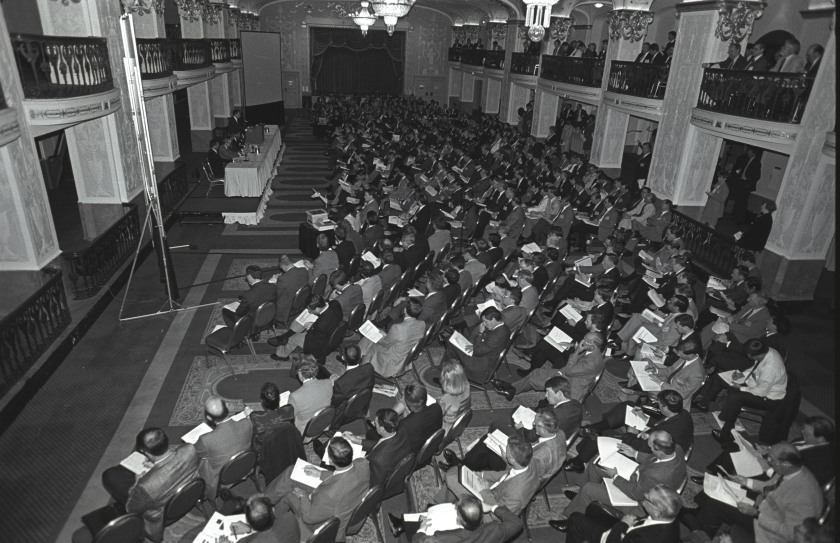 The NRC’s first Regulatory Information Conference was held at the Mayflower Hotel in Washington D.C. on April 18-20, 1989. It began as a small conference (some 500 attendees at the first one) on nuclear safety regulation. Today, it is a large public meeting with more than 3,000 attendees from some two dozen nations. In 2015, it will be held at the Bethesda North Marriot Hotel and Conference Center in North Bethesda, Md., from March 10 through 12th. Registration will open early in 2015.

Now for our history question: Which Executive Director for Operations made introductory comments at that first RIC?