The NRC staff has now completed its safety evaluation report (SER) on the proposed nuclear waste repository at Yucca Mountain in Nevada, with the publication of Volume 2 and Volume 5. This is an important milestone – however, completion of the SER neither finishes the review process nor represents a licensing decision. 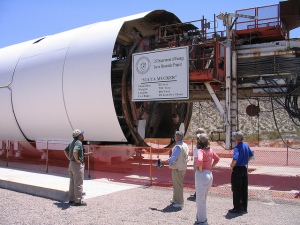 To recap: The NRC closed its review of the application in fiscal year 2011. (The full story is here.) The NRC staff published Volume 1 of its five-volume SER in August 2010. Volume 1 covered general information about the application. The NRC staff subsequently published three technical evaluation reports to capture the work it had already done on volumes 2, 3 and 4, though without any regulatory conclusions.

In August 2013, the U.S. Court of Appeals for the District of Columbia Circuit ordered the NRC to resume the licensing process using leftover money appropriated from the Nuclear Waste Fund. So the agency resumed its work on the formal safety evaluation report. We published Volume 3, covering repository safety after permanent closure, in October 2013. Volume 4, on administrative and programmatic requirements, was published in December. Volume 2, repository safety before permanent closure, and Volume 5, license specifications, complete the SER and the technical part of the licensing review.

That technical review concluded DOE’s application meets the safety and regulatory requirements in NRC’s regulations, except for DOE’s failure to secure certain land and water rights needed for construction and operation of the repository. These issues were identified in Volume 4.

Bottom line: the SER recommends that the Commission should not issue a construction authorization until DOE secures those land and water rights, and a supplement to DOE’s environmental impact statement (EIS) is completed.

The land DOE still needs to acquire is owned by three federal agencies: DOE’s National Nuclear Security Administration, the Department of the Interior and the Department of Defense. Legislation was introduced in Congress in 2007 to appropriate the land for the repository, but it did not pass. The water rights DOE needs are owned by the state of Nevada, which refused to appropriate the water in 1997. Litigation challenging that refusal is stayed. 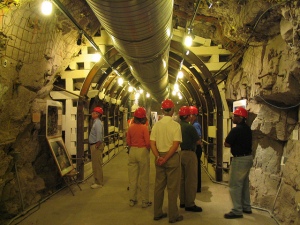 When the NRC resumed its licensing review in response to the appeals court, the agency asked DOE to supplement the EIS to cover certain groundwater-related issues. DOE declined to do so. The NRC staff is prepared to develop the supplement if the Commission tells it to.

Even if the EIS is completed, two more steps are needed before a licensing decision can be made. The adjudication of nearly 300 contentions filed by Nevada and other parties challenging the repository was also suspended in 2011. Reviving and completing this hearing will require more funding from Congress. Finally, the Commission must review issues outside of the adjudicatory context. Only then would the Commission decide whether to authorize construction.

So yes, completion of the SER is a major step, but there are many more ahead before the NRC can say yea or nay to Yucca Mountain.

11 thoughts on “The Yucca Mountain Safety Evaluation Report: One Step of a Long Journey”