Nuclear and radiation-related trivia is anything but trivial. It can be unexpectedly interesting – and you may find some of it surprising. This is a REFRESH of some little known “factoids” compiled from folks throughout the NRC.

* In the 1930s, a failed experiment by a Swiss physicist for detecting gas using a radioactive source led to the discovery of smoke detectors when the scientist lit a cigarette and the detector registered a reaction. The NRC approved 70 different smoke detector designs in 2012.

* It is estimated if only one NRC technical reviewer did each design certification application review, it would take 32 years to complete the review.

* Some lightning rods contain Radium-226 to make them more effective.

* The NRC’s first Chairman, Bill Anders, was an astronaut on Apollo 8’s mission to the moon.

* NRC Inspectors from Region IV get a lot of frequent flier miles. They review activities in remote locations such as Guam, Saipan and the northern reaches of Alaska, among other locations.

* The NRC was the first federal agency to give the public electronic access to all of its public documents through the groundbreaking system known as ADAMS (Agencywide Documents Access and Management System). 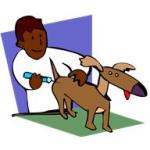 * The fastest growing use of nuclear materials in medicine is for diagnostic and cancer treatment procedures in veterinary medicine.

* The indicator lights in early appliances ─ such as clothes washers and dryers, coffeemakers, and stereos ─ used Krypton–85, a radioactive isotope.

* The NRC performs classified reviews of new Naval Reactor submarine and aircraft carrier reactor plants and provides advice to the Navy on the designs. This practice was initiated by President Kennedy in the 1960s.

* In 1992 Hurricane Andrew struck the Turkey Point nuclear power plant in Southern Florida, which prompted the NRC and FEMA to enter into a “Memorandum of Understanding” regarding emergency preparedness.

* On average, NRC expends 6,160 hours of inspection effort at each operating reactor site each year.