Heavy rains and subsequent flooding across America’s heartland are being carefully watched by the NRC and the operators of nuclear power plants located along the Missouri and Mississippi Rivers, although none of the plants are expected to be adversely affected.

Flooding is one of the many natural hazards that nuclear power plants must be prepared for. As a condition of their operating license, every nuclear power plant must demonstrate the ability to withstand extreme flooding and shut down safely if necessary – requirements that have been updated and strengthened following the Fukushima accident in 2011. 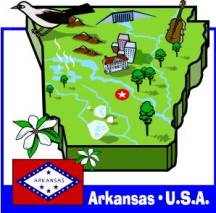 According to the National Weather Service, the threat of significant flooding is expected to persist for another two weeks in parts of Nebraska, Missouri, Arkansas, Mississippi and Louisiana – all states with operating nuclear power plants. Each of these plants has emergency diesel generators that can supply backup power for key safety systems if off-site power is lost. And all plants have robust designs with redundancy in key components housed in buildings with watertight doors.

In Nebraska, water levels are high along the Missouri River in the vicinity of Fort Calhoun and Cooper Nuclear Station, but not high enough to require any mitigating actions by plant operators.

In Missouri, the Callaway plant is not expected to be affected by any of the heavy rains and flooding that have plagued other parts of the state.

Arkansas Nuclear One, in Russellville, has not been affected by heavy rains and no impact is predicted. But some local roads that lead to evacuation routes were flooded, prompting local law enforcement officials to post detour signs.

At Grand Gulf in Mississippi, levels on the Mississippi River continue to rise, with a crest expected on January 15. The projected river levels, however, are not expected to have any effect on site operations.

At River Bend in Louisiana, the situation is similar. There, the Mississippi River level is expected to peak on January 18, at a level that will not affect site operations. Further downstream, levels on the Mississippi River near the Waterford nuclear plant are expected to crest at a level two feet below where the operator would need to take some actions at the site. 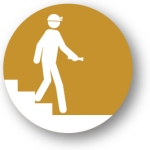 Richard Smith, the Acting Chief of Region IV’s Response Coordination Branch, said his staff is getting periodic updates from the National Weather Service on conditions that might affect any of the region’s nuclear plants. Additionally, the NRC is relying on its resident inspectors, who live in the communities near the plants where they work each day, to independently verify that precautionary flooding procedures taken by plant operators are being properly implemented.

“We’re following events closely here in the Region,” Smith said, “and if anything changes significantly our on-site inspectors will be able to confirm that the operators are taking appropriate protective actions.”