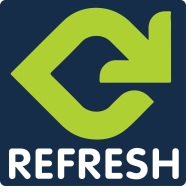 Most people think of nuclear reactors when they think of the NRC. Some may think of nuclear medicine or uranium. Many would be surprised to know we are also involved in regulating radioactive materials at U.S. military sites.

Although nuclear weapons are completely outside our purview, some military sites need an NRC license to possess and use certain nuclear materials. For example, the Army has a license to possess depleted uranium (DU) at a site in Indiana called Jefferson Proving Ground.

We wrote previously about the Army’s September 2014 plan to decommission that site. It asked the NRC to terminate the license, with certain access restrictions as allowed under our regulations. The NRC sent the Army a number of questions on the proposal.

In an April letter, the Army said it now believes the environmental and occupational risks of decommissioning outweigh the benefits. So instead of decommissioning and releasing the site for restricted use, the Army envisions keeping its license, at least for now, along with the security and surveillance requirements currently in place. The Army will follow up with a justification for its request for an exemption from the NRC’s “timeliness rule.” This rule requires licensees to notify the NRC within 60 days of permanently ceasing activities at a licensed site and either begin decommissioning or submit a decommissioning plan within 12 months. Rather than decommissioning the site, the Army now is proposing to maintain its license for possession of the depleted uranium penetrators dispersed across the impact area of the site.

The Army began using the 56,000-acre site in 1941 to test fire all sorts of munitions. The Army fired more than 24 million rounds before testing came to an end in 1994 and the installation closed in 1995 as a result of the Base Realignment and Closure Act. Today, the Army still owns about 51,000 acres of the original site, but nearly all of that is managed as a wildlife refuge. The Indiana Air National Guard uses another part of the site as an air-to-ground bombing training range. The 51,000-acre area contains unexploded ordnance —explosive munitions that could still go off—and live detonators, primers and fuzes, and can’t ever be used for farming, housing or commerce.

In the early 1980’s, the NRC got involved with the site when the Army wanted to test DU rounds there. The DU in these rounds is able to penetrate the armor on a tank. Over a 10-year period, the Army fired about 220,000 pounds of DU projectiles into a 2,080-acre area known as the DU Impact Area, which lies within the 51,000 acres with unexploded ordnance. The Army still has its NRC license for the DU and now wants to maintain the DU Impact Area as it currently exists.

About 162,000 pounds of DU remain in the DU Impact Area. There is also a high density of unexploded ordnance in this area. The Army proposes to leave the DU and unexploded ordnance in place because cleanup would be very dangerous and very expensive. To keep people out of the Jefferson Proving Ground site, the Army will keep the current access barriers—including a perimeter fence with padlocked gates and security warning signs—as well as legal and administrative controls.

We expect to have public conversations with the Army as it develops its justification for continued licensed possession of the depleted uranium. These discussions will either be in the form of in-person meetings or teleconferences. Either way, we will announce them ahead of time on our public meeting website. The public will be able to ask questions of the NRC. The Army may, but is not required to, answer questions from the public.

REFRESH is an occasional series where we revisit or update previous posts. This first ran in December 2014.