As we said in yesterday’s Part I, we’ve taken a few of the interesting comments we’ve received on our Facebook page and posed them to our experts for their take on the question, suggestion or assertion. Here are their responses.

One user had several ideas for dealing with spent fuel including “mixing it in glass” and then burying it “in ice in Antarctica” or “blasting the glass off to Venus or Mars.”

Mixing spent fuel with glass, a process known as “vitrification,” is one method that has been tested to treat nuclear waste in several countries. The idea supposes that mixing radioactive waste with other materials will create a more stable solution that won’t degrade over time. 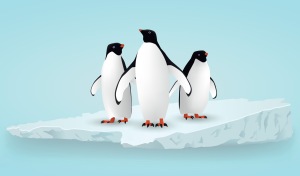 In the U.S., over 50 million gallons of liquid waste from plutonium production at the Hanford site in Washington State will be vitrified and then stored onsite. DOE, who is responsible for oversight at Hanford, expects radioactivity levels in the material to greatly reduce in the future. If the country’s nuclear waste disposal policy was to turn toward vitrification, an application would need to come from the Department of Energy to the NRC. The NRC would be responsible for regulation.

However, burying vitrified spent fuel in Antarctica isn’t an option. Article V of the Antarctic Treaty of 1959, which the U.S. signed, prohibits the disposal of nuclear waste in Antarctica.

Sending vitrified spent fuel into space would be a risky and prohibitively expensive idea. According to NASA, it costs approximately $10,000 per pound to send things into orbit. Considering there’s currently more than 70,000 tons of spent fuel in the United States, shooting it into space wouldn’t be cost effective. In addition, a catastrophic accident involving a spacecraft hauling nuclear waste into space could cause radioactive material to contaminate the environment.

In any event, U.S. policy for spent fuel disposal is to place it in a deep geologic repository. Until and unless Congress changes the law, that will remain the policy.

And, finally, there are multiple comments about the wisdom and benefit of new reactor designs, especially one using fissile uranium salt.

The NRC is working to ensure we have the expertise available to review future advanced reactors (such as molten salt or high-temperature gas designs). The NRC will determine if those future designs are acceptable for U.S. use, and we’re working with the Department of Energy to inform advanced reactor designers how the review process will work. The NRC’s role, though, is regulating new designs, not initiating them.

7 thoughts on “A Bit of NRC Myth Busting — Part II”