Torrential rains have been battering the Gulf Coast since Friday, but have not adversely affected any of the nuclear power plants in Louisiana, Mississippi, or Arkansas. 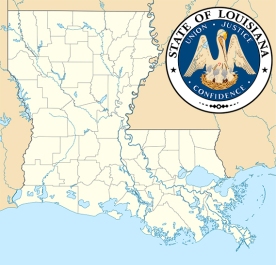 Though skies have now cleared over Baton Rouge, the area has been especially hard hit by flooding. But this has had no significant impact on the River Bend nuclear power plant, about 25 miles northwest of the city, or the designated routes that would be used to evacuate the public in the event of a nuclear emergency.

The Waterford 3 nuclear plant, located in Killona (about 25 miles west of New Orleans), has been similarly unaffected. “We’ve had some heavy rain here over the weekend but there has not been any real impact on the plant,” said NRC Resident Inspector Chris Speer.

All plants have robust designs with redundancy in key components that are protected from natural events, including flooding. These requirements were in place before the Fukushima accident in Japan in 2011, and have been strengthened since.

As of Tuesday, Arkansas Nuclear One, in Russellville, has gotten about five inches of rain since Friday, NRC Resident Inspector Margaret Tobin said. “It’s a little muddy at the site, but that’s about it.”

At Grand Gulf plant in Mississippi, 20 miles southwest of Vicksburg, only light rain has been reported. “We actually had very little rain at the site, compared to what was expected,” said Matt Young, the NRC’s Senior Resident at the plant.

The NRC is closely following events and getting periodic updates from the National Weather Service on conditions that might affect any of the Gulf Coast nuclear plants. Additionally, the resident inspectors are monitoring local weather conditions to remain aware of conditions that could affect continued safe operations of the plants.

5 thoughts on “NRC Keeps an Eye on Gulf Coast Flooding”