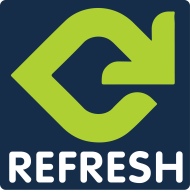 When the NRC talks about “steam generators,” we’re not talking about teakettles. Steam generators provide vital technical and safety functions at many U.S. nuclear power plants.

In the United States, steam generators are only found in pressurized-water reactors, one of the two types of U.S. reactors. There can be two to four steam generators for each reactor unit. The generators mark the spot where two closed loops of piping meet. The first loop sends water past the reactor core to carry away heat, and this loop is at such high pressure that the water never boils. The second loop is at a lower pressure, so the water in this loop turns to steam and runs the plant’s turbine to generate electricity.

At the same time, the steam generators provide an important safety barrier – the first loop can contain radioactive material, so the tubes must keep the two loops of water separate. NRC rules require plants to closely monitor the second loop and immediately shut the reactor down if a tube leak exceeds very strict limits. 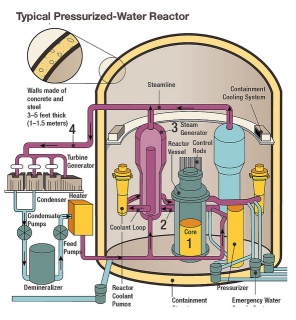 The NRC’s rules for inspections, maintenance and repair of steam generator tubes help ensure the tubes continue providing the safety barrier. If an inspection shows a tube is starting to get too thin, the plant will repair or even plug a tube to maintain safety.

Steam generator tube material has improved over time. The first steam generators had tubes made from a type of stainless steel that experience showed could be corroded by the chemicals, temperatures and pressures in the first and second loop. Over time, plants have replaced those steam generators with ones using more advanced alloys that are less likely to corrode.

Steam generator replacement only happens when the reactor is shut down for refueling, and plant owners bring in hundreds of specialized workers to safely remove the old generators and install the new ones. The old generators have to be safely disposed of as low-level radioactive waste.

REFRESH is an occasional series where we revisit previous posts. This first ran in July 2013.

3 thoughts on “REFRESH — Where There’s Steam, There’s … a Steam Generator”