Last year, the Arkansas Nuclear One facility experienced a tragic incident when a crane collapsed. One person was killed, eight were injured and important plant equipment was damaged. The NRC has now issued two “yellow” inspection findings as a result. The “yellow” means we found substantial safety significance related to the incident. 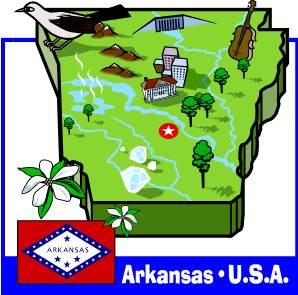 Workers were moving a massive component out of the plant’s turbine building when the incident occurred. Unit 1 was in a refueling outage at the time, with all of the fuel still in the reactor vessel. At the time, Entergy Operations declared a Notice of Unusual Event, the lowest of four emergency classifications used by the NRC, because the crane collapse caused a small explosion inside electrical cabinets. The damaged equipment caused a loss of off-site power. The NRC’s senior resident inspector had driven to the plant to personally survey the damage and monitor the licensee’s response from the plant’s control room.

Here’s why NRC decided the incident had substantial safety significance even though both plants were safely shut down and there was no radiological release or danger to the public: Emergency diesel generators were relied upon for six days to supply power to heat removal systems.

The falling turbine component damaged electrical cables needed to route power from an alternate AC power source to key plant systems at both units. This condition increased risk to the plant because alternate means of providing electrical power to key safety-related systems was not available using installed plant equipment in the event the diesels failed.

Unit 2, which was operating at full power, automatically shut down when a reactor coolant pump tripped due to vibrations caused when the heavy component fell and hit the turbine building floor. Unit 2 never completely lost offsite power, and there was a way to provide it with emergency power using the diesel generators.

The NRC conducted an Augmented Team Inspection. We prepared a detailed chronology of the event, evaluated the licensee actions in response, and assessed what may have contributed to the incident. (Worker safety issues are the responsibility of the Occupational Safety and Health Administration, which conducted an independent inspection of the incident.)

The NRC determined that the lifting assembly collapse was a result of the licensee’s failure to adequately review the assembly design and to do an appropriate load test.

NRC held a regulatory conference with Entergy officials on May 1, and after considering information provided by the licensee determined that “yellow” findings were appropriate to characterize the risk significance of the event for both Unit 1 and 2. The NRC will determine the right level of agency oversight for the facility and notify Entergy officials of the decision in a separate letter.