When the first mass-produced computers hit the stage in the 1950s, nuclear engineers saw the opportunity to use them to help run accident scenarios. It was a good idea that took decades to become reality and the computer limitations created early uncertainty about reactor safety. 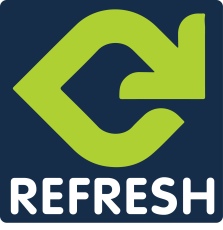 In 1954, Westinghouse experts put together a homemade digital computer that read punch tape. With a practiced ear, you could tell from the computer sounds which program was being run.

In 1959, Battelle Memorial Institute developed an early Loss-of-Coolant-Accident model for a heavy-water plutonium reactor. The program was run on an IBM-650/653, the first mass production computer ever developed. The 650 weighed more than a 1955 Cadillac Deville, had vacuum tubes, and used a punch-card reader. Even if it had the memory and someone willing to load the 50 million cards, it would take six months to boot up Microsoft Windows 7.

Fortunately, Battelle’s code was a mere 166 cards. It calculated the behavior of just one fuel rod (modern reactors have thousands of rods) and took minutes to produce one data point.

For the sake of speedier results, gross simplifications were made. For example, an ideal accident code would have broken a reactor cooling system into many small volumes and done extensive calculations on each one to accurately simulate the complex conditions that existed throughout the reactor core and piping. But to run it on mid-1960s computers could take days. As a result, Westinghouse’s FLASH code used just three volumes to represent the whole reactor system.

At least they had computers. Neither the Idaho National Labs, a center for accident-code development, nor the Atomic Energy Commission had them. INL relied on weekend visits to the University of Utah. At the AEC, engineer Norm Lauben begged time from the National Bureau of Standards. Norm drove to the Bureau’s headquarters in Gaithersburg, Md., in the morning to submit his job on the 12,000-line RELAP-3 code, and returned after lunch to pick up the results.

Engineers were confident that the codes would prove reactor designs were overly conservative. Early results dashed their optimism.

When Westinghouse proudly unveiled its 70-volume SATAN code in 1970, AEC staffers discovered errors in the code indicating that the company’s Emergency Core Cooling System might fail in an accident. The problems of the SATAN code helped lead to a major rulemaking hearing in 1972 on the adequacy of both emergency cooling system designs and accident codes. Those hearings revealed just how embarrassingly uncertain and rudimentary the early codes were about what happened during an accident.

The AEC and later the NRC had to make a huge investment in creating more robust – and accurate – codes. Additional research that produced the RELAP-5 Code that became an industry standard worldwide.

REFRESH is an occasional series where we revisit previous blog posts. This post first ran in July 2011. 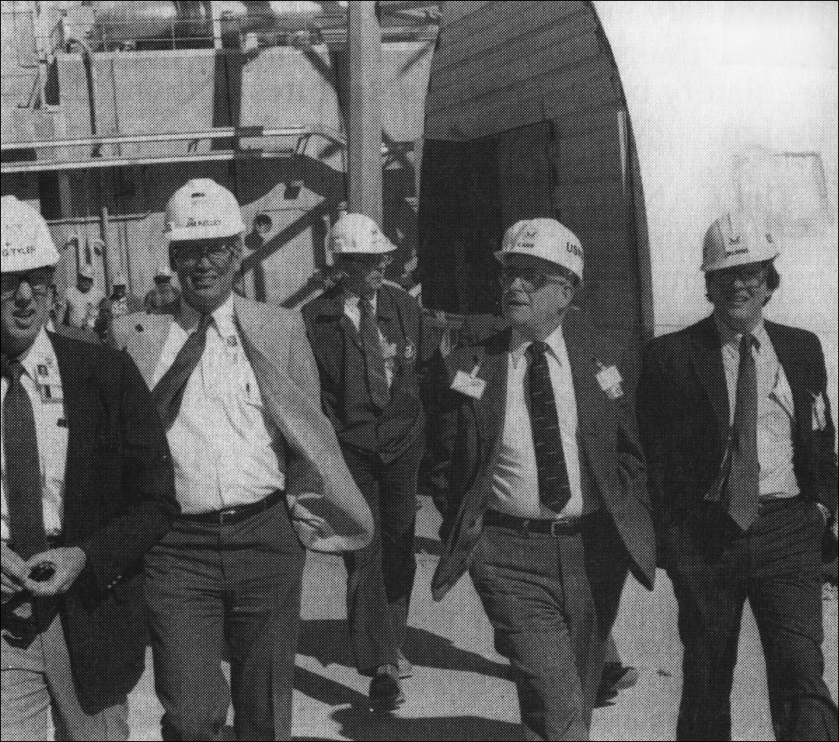 In this photo, which appears in the 1989 NRC Annual Report, both the then-current and a future NRC Chairman tour the Comanche Peak nuclear plant with officials (on the left) from Texas Utilities Electric. Can you name both NRC leaders?