October 10 was the deadline for five states to comply with the REAL ID Act of 2005, implementing federal standards for tamper-proof identification documents such as driver’s licenses. According to the Department of Homeland Security, effective Jan. 30, 2017, “nuclear power plants may not accept for official purposes driver’s licenses and state IDs from a noncompliant state/territory without an extension.” 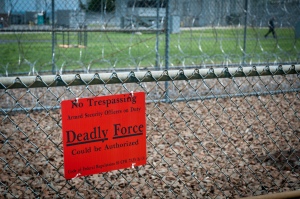 The five states now coming under REAL ID Act enforcement are Kentucky, Maine, Oklahoma, Pennsylvania and South Carolina. They join Minnesota, Missouri and Washington state on DHS’s “non-compliant” list. Several other states have extensions in effect through either June or October of next year, allowing federal facilities to accept their existing identification documents while the states try to come into compliance with the Act’s requirements.

What does this mean for nuclear plants? Will residents of non-compliant states have trouble gaining access to plants?

For the majority of people entering nuclear plants – those who work there – this will have virtually no effect. State issued IDs such as driver’s licenses are never the sole data point for admitting anyone to a nuclear plant, either a worker or a visitor. Nuclear power plant workers have employee badges issued by their employers following an extensive background and criminal records check, psychological assessments, and drug and alcohol testing.

Visitors are generally known in advance of their arrival, screened through the industry database against a list of individuals who would be denied access, approved by a nuclear plant employee who has undergone the required background screening, and continuously escorted while inside the protected area of the facility.

The REAL ID program is intended to enhance the nation’s security by making it harder for terrorists to obtain state-issued identification documents. The NRC’s access authorization requirements for nuclear power plants (set out in regulation at 10 CFR 73.56 and 10 CFR 73.57) already go beyond REAL ID in ensuring anyone allowed into the protected area of nuclear plants is properly vetted.

The highly popular cellphone game has found its way to a U.S. commercial nuclear power plant. 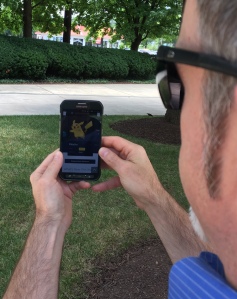 The Pokémon Go game lets users chase and catch virtual creatures with their cellphone cameras. However, Pokémon Go and other games that use the GPS signals in our phones are creating safety and security issues. Local law enforcement officials across the country have cautioned folks to pay attention while playing and be careful not to wander into traffic (warnings that have not always been heeded). The phrase “heads up” takes on new meaning here.

The games have even enticed players to trespass on private property — including the Perry nuclear power plant in northeastern Ohio.

Recently, three teenagers pursued one of the strange looking cartoon creatures into the employee parking lot of the Perry plant, at 3 in the morning! Instead of catching the Pokémon, they were caught by security officers and escorted off the property.

But it could have ended very differently – and much more seriously — for these Pokémon pursuers.

Commercial nuclear plants are among the best-protected facilities in the country. Their security officers are highly trained professionals who carry guns and are authorized to use them in protecting the plant. Though you might not always see the protective measures and many details are not publically available, security is in place. (Click here for more info on the NRC’s security requirements for nuclear power plants.)

So have fun exploring and climbing over rocks searching for those virtual creatures, but the bottom line is be safe while playing these games. A nuclear power plant is not the place to be searching for Pikachu.