Ironically, the last unit to come on line before Watts Bar Unit 2 was its sister unit, Watts Bar Unit 1, which began commercial power production in 1996.

For the Nuclear Regulatory Commission, it was just another day at the office – the resident inspector office at the plant near Spring City, Tenn., northeast of Chattanooga. Several months before, the NRC had begun and then completed a gradual transition from construction inspection to operational inspection.

The Watts Bar units have a unique history. Both trace their lineage to 1973. Both units had lengthy construction hiatus periods, with Unit 2’s obviously lasting quite a bit longer.

Resumption of construction at Watts Bar hit a high gear in 2008 and during the next eight years, the NRC’s Region II-based construction inspection staff, supplemented by inspectors from headquarters in Rockville, Md., logged more than 127,000 hours making sure Unit 2 was built according to its design specifications. More than 350 NRC staff members were involved in the construction inspection and project management effort. The NRC also expended considerable inspection activity during the unit’s lengthy pre-operational testing phase.

Now, however, Watts Bar is a twin-unit operating facility. Three NRC resident inspectors currently act as the agency’s eyes and ears at the Watts Bar site as Unit 2 transitions to the agency’s baseline inspection program for operating units. It will take about a year before that process is completed.

Even though Watts Bar was designed in the 1970s, it was licensed to today’s standards, including all the updated safety enhancements required by the NRC, including post-Fukushima upgrades and cybersecurity requirements.

With the addition of Watts Bar Unit 2, TVA now has seven nuclear units operating in Alabama and Tennessee.

It’s summer and you might be reading this blog while relaxing in the sun or otherwise taking it easy. So, just for fun, we’ve listed 10 nuclear-related facts you might find interesting, albeit light, reading:

1. Nothing lasts forever. Every year or two, reactor operators spend about a month, removing and replacing about one-third of a reactor’s fuel and performing various maintenance activities during plant outages to make sure reactors perform efficiently. Source: NRC Information Digest

2. No bowling leagues. In order to preserve their objectivity, NRC resident inspectors are discouraged from attending social events where nuclear plant employees are involved. They also may not serve at any nuclear plant longer than seven years.

3. Who at the NRC must train to escape a sinking helicopter? Health physicists in NRC’s Region IV office of course. A handful of them must fly to inspect offshore oil rigs in federal waters. They must be prepared not only to escape a helicopter, but to survive a fire on an oil platform by jumping into the sea and fighting off sharks by kicking them in the snout.

4. Quick question: Where is the largest research reactor in the U.S.? Check below for the answer. But you should know that Research and Test Reactors operating at levels of 2 megawatts thermal (MWt) or greater receive a full NRC inspection every year. The largest U.S. research reactor, which produces 20 MWt, is 75 times smaller than the smallest U.S. commercial power reactor.

6. Everyone loves this story.

The most all-time viewed post on this NRC blog is “Putting the Axe to the Scram Myth” with more than 18,000 views since it was originally posted in 2011.

7. It’s just not easy being a spent nuclear fuel transportation cask. Each must be designed to survive a 30-foot drop onto an unyielding surface, a puncture test, a fully engulfing fire at 1,425 degrees Fahrenheit for 30 minutes and immersion under water.

9. Months of planning, thorough inspections, dozens of law enforcement officials, a specially equipped truck – and a S.W.A.T. team. It sounds like a checklist for an action movie. Instead it was used to move a mini refrigerator-sized irradiator in Anchorage about 2.5 miles. These small irradiators are used to sterilize medical equipment and products, and contain a sealed source of radioactive material. They are protected to keep the public and environment safe from exposure, but also to keep it out of the hands of terrorists. 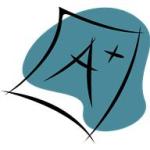 10. It’s no “easy A.” In addition to years of related experience, NRC-licensed nuclear plant operators must receive extensive classroom, simulator and on-the-job training. But they also must be certified as physically and mentally fit to be an operator. Source: NRC Information Digest